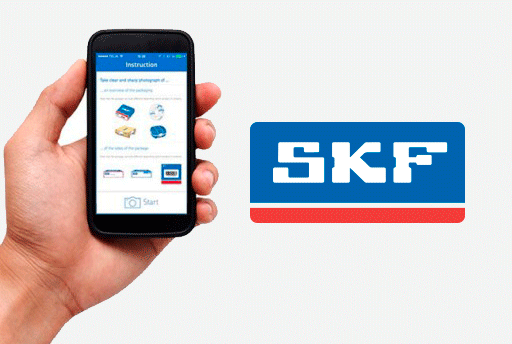 SKF again highlighted the issue of counterfeit bearings at its booth at the Athens technical fair in June. It displayed both genuine and counterfeit SKF bearings on its stand. Counterfeit products are becoming a key industry issue: if installed in safety critical equipment, they can raise the safety risk for people and the environment.
Visitors to the stand could access the SKF Authenticate app, to find out which of the displayed bearings was the genuine one.
The app is available for free, for both Apple and Android devices. A user who suspects a product may be counterfeit takes a photograph of it and sends it to SKF via the app. SKF then analyses the photo and responds to the user regarding the component’s authenticity.